Member Studs who display at the Field Day can compete in these competitions, all thanks to our Sponsors.

The South West Slopes Stud Merino Breeders Ram of the Year competition is designed to select the best Hogget Ram in the region for any given year.

To be eligible to enter the competition the stud must be a member of the committee, and provide one ram:- showing no more than 2 permanent teeth which must be March tagged shorn. 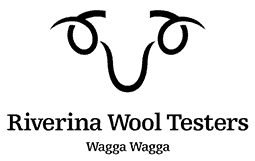 They will be appraised as a pen showing evenness of quality & conformation to be March tagged shorn. These rams will be typical of the sheep bred in the South West Slopes region.

Rodney Kent and his family live on their property “Kurrajong” in northern NSW about an hour and half from the Queensland border. Kurrajong comprises of approximately 6000 acres and is a mixed farming enterprise with cropping and merino sheep. Kurrajong country is all black basalt with around a 28inch rain fall per year.

Rodney’s grandfather moved to the area over 116 years ago and the Kent family have owned Kurrajong for the past 100 years and have always ran merino sheep. Kurrajong Park Merino Stud has been registered for around 85 years and currently run 2500 Stud and commercial ewes.

Rodney has had the pleasure of judging at numerous shows including Dubbo, Sydney, Queensland State Sheep Show, Bendigo and Western Australia.

Ross and wife Robyn manage Terrick West along with family.

Terrick West is situated 65kms North of Bendigo in Northern Victoria and
consists of 10,000 acres, 1,500 of which are irrigated; running stud and
commercial merino sheep, cereal and irrigated cropping.

The Terrick West stud, one of Victoria’s leading Poll Merino Studs, sells
around 200 rams annually with a vast increase in semen sales in recent
years.

A life member of the Victorian Stud Merino Breeders and ASBA Committees Ross
regularly shows and sells rams around Australia’s major sales as well as a
very successful on property sale in August each year.

Ross has had a major interest in the development and growth of the sheep and
wool show in Bendigo serving on the committee and as President for 5 of the
past 9 years.

Ross is a strong believer in the importance of sheep shows and has been
fortunate to have judged at many of Australia’s major shows.

Campbell Rubie is currently studying year 11 at Red Bend Catholic College, Forbes, and has grown up on the family farm and merino stud, Lachlan Merinos, Forbes. He has participated in junior judging for a couple of years and seeing the enthusiasm for Merino sheep of his father, Glen and older brother Mitch, encouraged him to also take part in the Merino Sheep Young Judges Competition.

In April this year, Campbell, representing Group 10, placed 1st in the Royal Agricultural Society RAS of NSW/ASC Merino Sheep Young Judges competition during the 2021 Royal Sydney Show, winning the Hugh Lydiard Memorial Trophy. Campbell will go on to compete in the National finals for Merinos Sheep at the Ekka in Brisbane, later this year.

Once Campbell has finished school in 2022, he is interested in jackarooing and completing a trade, before returning home to the farm to be part of the Lachlan merino stud, and mixed farming enterprise. Campbell’s other interests include fishing and rugby league.